How to Spot Fake Money

Understanding how to spot fake money is an important skill for anyone who handles cash. In addition to supporting crime, failing to spot fake notes could have a serious impact on your business.

At any one time, there are around 3.7 billion banknotes in circulation, with a face value of around £70 billion. Of these, less than 0.05% are fake notes. In 2017, £10 million worth of fakes notes were removed from circulation. So while they may not be common, fake notes are common enough to affect the bottom line of the average business.

The vast majority of counterfeits are discovered before they go back into circulation, when retailers and the banking system are sorting them. Fake notes are typically removed from circulation quickly, often after a single use. Here are a few tips on how to spot fake money when you’re handling cash.

When should you check for fake notes?

In order to protect your business, it’s best to check notes as soon as you receive them, before giving over the goods you’re selling. Don’t worry about offending your customer, checking a note doesn’t take long and will protect your business in the long run. It’s especially important to be vigilant in situations where you’re busy or you cannot see the notes clearly, such as a busy bar or club.

How to spot fake £5 notes

New £5 are made from polymer, rather than paper. Their new design is packed full of security features that help fight against forgeries. Here’s how you can spot a fake £5 note:

You can spot a fake £5 note if it is missing one of these security features, or the quality seems lower than other notes.

The new £10 is also made form polymer and features many of the same features as the new £5, including raised lettering, foil patches and a UV feature. The new £10 also has a few unique features. To spot a fake £10 note, be sure to check the following:

In 2020, the Bank of England will issue polymer £20 notes. Until then, we are still using the paper note. Known as the “Adam Smith £20 note”, this is the most commonly forged UK banknote. As such, these are the most important notes to check when looking for fakes.

In addition to checking the quality of the paper and the print, there are two quick and easy ways to check for fake £20 notes. Firstly, tilt the note from side to side. The hologram on the front should change from a £ symbol to a 20. Secondly, check the watermark by holding the note up to the light. Next to the Queen’s portrait, you should see a bright “£20”. Fake £20 may have a watermark, but it is often dull in contrast.

£20 notes also include a variety of more sophisticated security measures. These include multicoloured foil image of Adam Smith, raised print, UV “20” like the £10 and £5 notes and microlettering. £20 notes also feature a metallic thread. By holding the £20 note up to the light, you should see a £ symbol appear within the contrasting colours.

£50 notes are more common than people think, especially in pubs and wholesalers. We don’t know when a polymer £50 note will be released, so in the meantime we have the paper £50 note. The £50 has the same security features as the £20 paper note.

When checking for fake £50 notes, check the quality of the paper and the ink. You’re looking for clean lines, no blurring and raised letters. Holding the note up to the light should reveal a bright “£50” watermark. The hologram, known as the motion thread, should flip between “£” and “50”.

What to do if you discover a fake banknote

It’s a criminal offence to knowingly hold onto or pass on counterfeit notes. So, if you spot a fake note, take it to the police as soon as possible. If the police don’t need it to support a criminal investigation, you can hand it in at your local bank for reimbursement.

Other ways to spot fake notes

In addition to checking the notes themselves, there are other ways to spot fake money. Be extra vigilant if the item being bought is far cheaper than the notes the customer hands over. Spending a £20 note on a purchase that only costs a few pounds is one of the ways criminals can make money from their counterfeit notes.

Bars and clubs are prime targets for circulating fake notes. They are often busy and poorly lit, so criminals take advantage of this to slip fake notes past staff too busy to check. Having a UV detector at every payment device will help you spot more fake notes.

The best way to spot a fake note is to use the latest banknote counters and counterfeit detection technology. 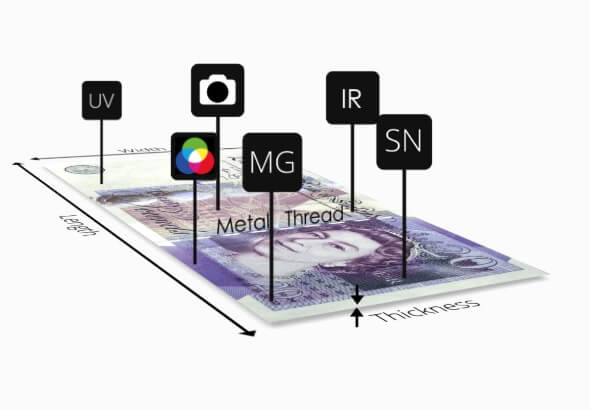 Security features are incorporated into every currency to prevent counterfeiting. Our banknote counters check a variety of security features on each banknote using the following advanced detections: 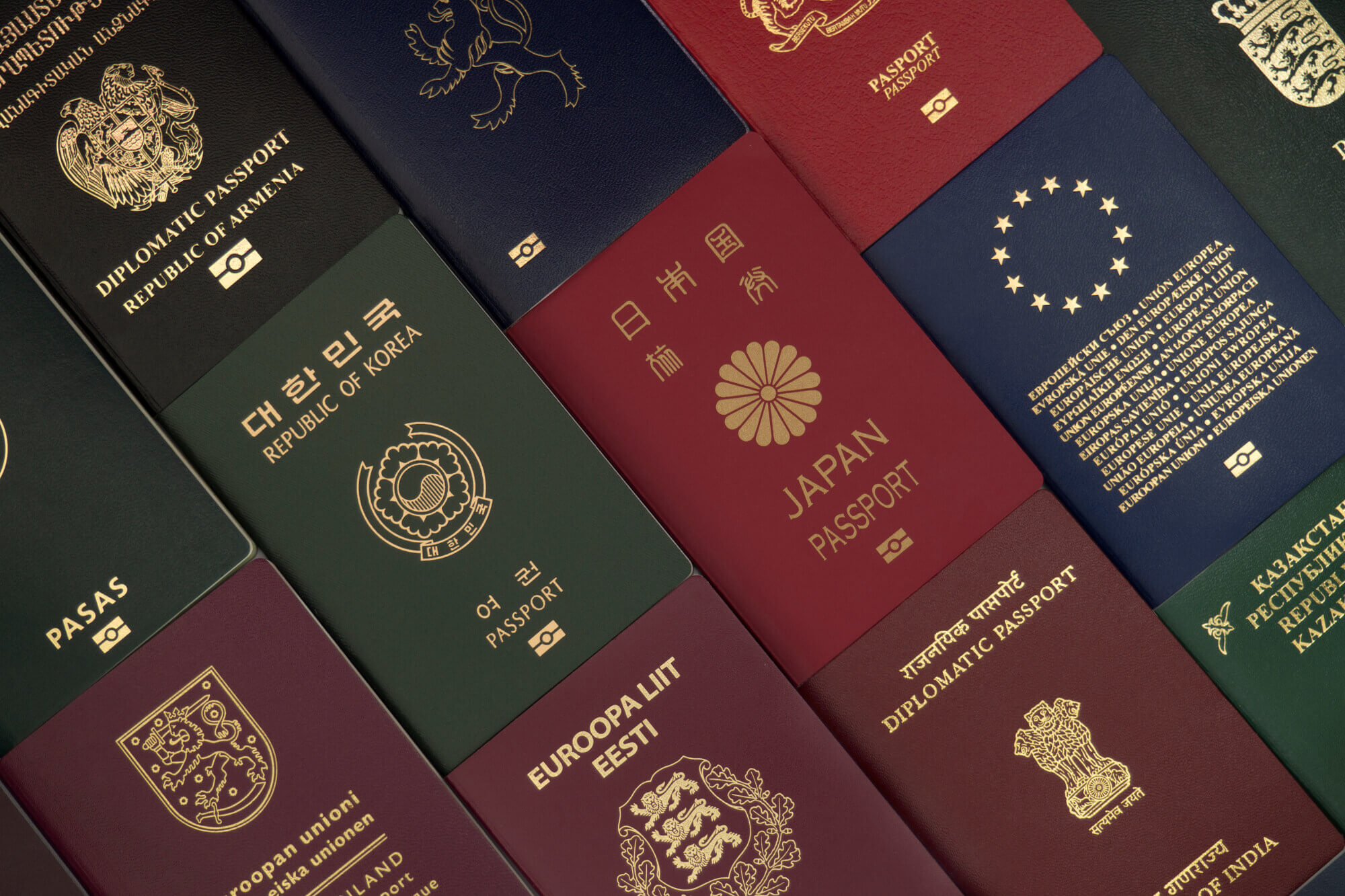 How to Spot a Fake ID

The black market sale of fake IDs is booming as legislation changes force people to declare their legal status. This influx of counterfeit passports and IDs increases the likelihood of people encountering them. Here’s how you can spot them.

How to Count Money Fast

Counting cash is important for anyone who handles money on a regular basis. Learn how to count cash quickly with our list of useful tips and tools.